I was looking up a few words in the Lernu.net dictionary when I came across a little gem: “vole nevole”, it means “whether one wants to or not”. Such a neat little construction! It comes from the action root “vol-“.

“Voli” means “to want/wish”. Its adjective form (“vola”) means “willful, desired”, and so the adverb “vole” means “willfully”. And just like we use “pli malpli” for “more or less”, “vole nevole” is used for what is essentially “willfully or not willfully”.

Also! I’ve noted down another word. I came across it on one of my usual strolls around the ole PMEG. You’ll find it near the bottom in the “Vortfarado” (word building) section! It’s “tiama”, it’s an adjective derived from the table-word “tiam”. “Tiam” means “then/in that time”. But “tiama” is able to describe a noun (0-word). It usually translates as something like “of that time” or “then”: 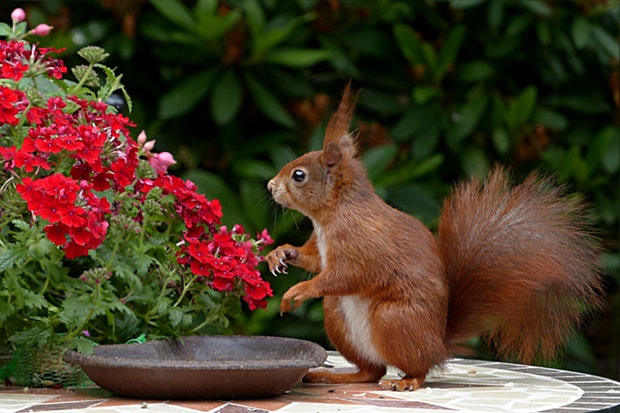 Hello Duolingo-folk, 9+ years after I wrote this!  Let me know if you need further clarification in the comments below!

A neat use of “kiel” today. “Kiel” is one of the correlatives, a ton of really useful words that are built via a system of meaningful syllables. Take a look at my previous post introducing them briefly, it points you to a full table of all of them that you can make.

In it’s other use, “kiel” is often translated as “as”.

It can also be used in combination with the correlative “tiel” (“in that way”) in order to get a “as…as…” construction:

It can also be used to introduce a phrase (relative clause) with “tiel”, as in this example from PMEG:

Imagine here that “tiel” is a placeholder for the whole relative phrase that follows. It’s like:

Then, in order to elaborate on which way you mean (fill in the square brackets), “kiel” introduces a phrase:

Oddly, this was all sparked by me coming across an Esperanto song called “Glimanta kiel oro” = “Shining/Gleaming like/as gold”.
Look at the funky thing you can do with “kiel” and the accusative “n” (you’ll see these sentences all over Esperanto learning material):

There are a bunch of useful and important words, which take the place of words or phrases and answer the questions: who, what, where, when, how, how much, why, whose and what kind. In Esperanto, these words a constructed from two parts. One part indicates the type of question  (e.g. are we talking about why, or where, or who?), the other part indicates how the question is being addressed.

Having learnt these four, you can make various different words.

“Ki-” shows the actual question, so putting it with the second parts we get:

But “I-” shows an indefinite answer to the question.

Say we learnt just one more second part “-al” which indicates a question of reason (why?). Now we can make another two words!

Take a look at the table forming all the possible words:

My name is Andy. I am a Research Fellow, Coder, and Consultant in Machine Learning and Natural Language Processing, and an aspiring fantasy author.

Whilst procrastinating, I have developed a number of obsessions, of which Esperanto is one. Here's where I babble about its interesting bits 'til my heart's content! Click my picture to go to the introduction for this place of Esperanto appreciation.